Reed College professor Paul Gronke has a new blog post at his Early Voting Information Center site examining public attitudes toward the process of choosing election officials and the role partisanship should play. SPOILER ALERT: voters like their election officials, but they’re not keen on partisanship. Paul has more:

The governor’s race in Georgia involving the current Secretary of State, Brian Kemp, has highlighted a longstanding concern of many in the election law, election science, and election administration community–electing those public officials who oversee and administer elections. Rick Hasen captures the spirit of these concerns in his quote to Governing magazine:

“It is a problem that we have partisan-elected secretaries of state as the chief election officers,” says Rick Hasen, a professor of law and political science at the University of California, Irvine.”

Of course, this issue is magnified by having the chief elections officer running for higher office, simultaneous with sometimes important–and politically fraught– decisions that have to be made about eligibility for the registration rolls, times and places for early voting, allocation of election machines and poll workers, even potentially decisions about recounts (this latter issue is what caused a controversy in the Republican primary for Kansas governor involving Secretary of State Kris Kobach). 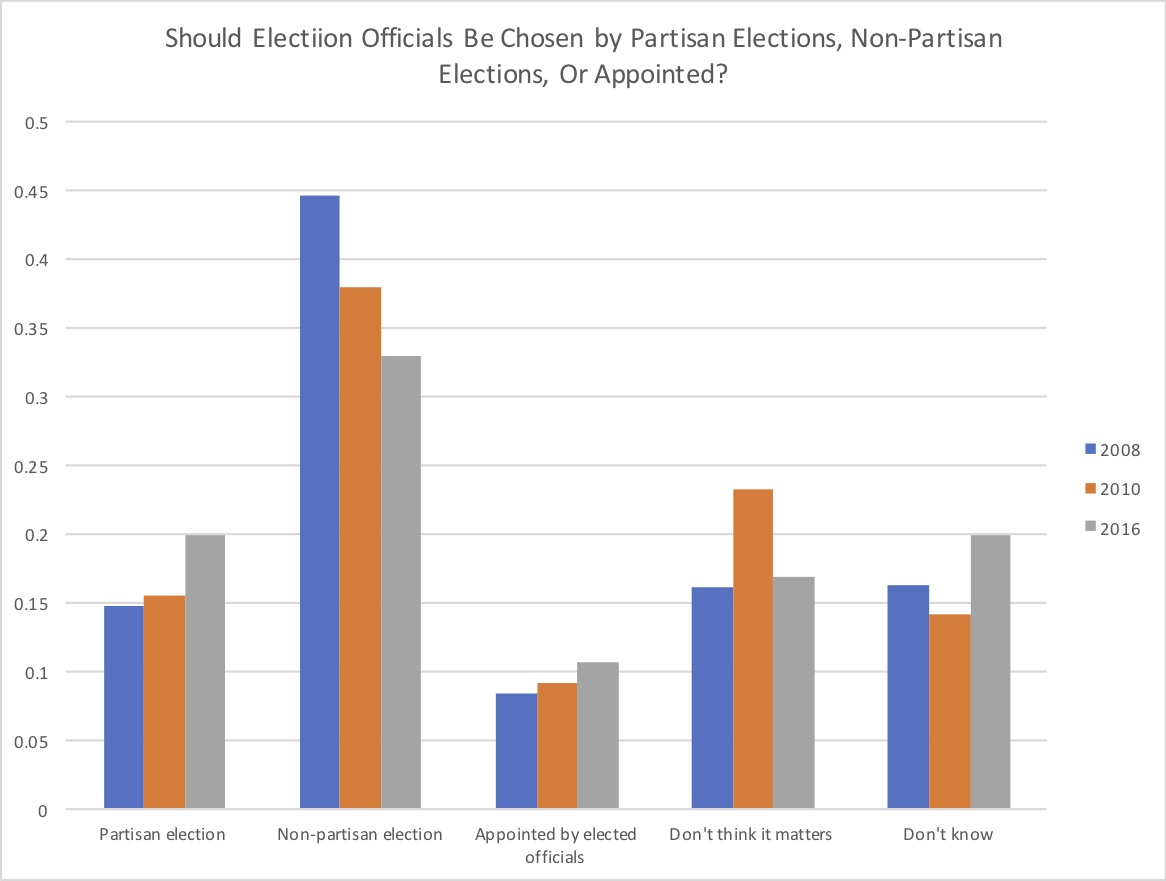 The percentages who endorse an appointive or non-partisan elective method doesn’t vary much by party. This is one of the few things that hasn’t been caught in the “voting wars” — a plurality of the public thinks that election officials should not themselves be elected. 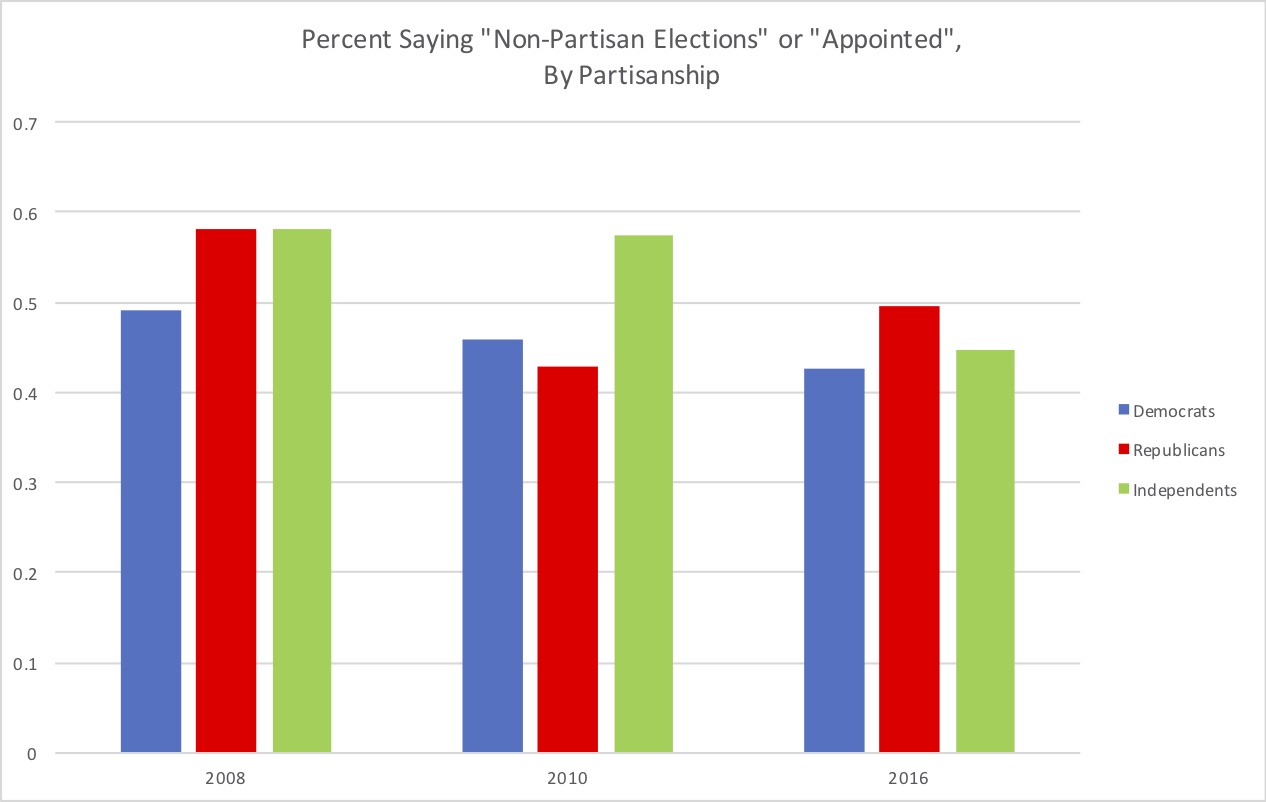 In a new report that I co-authored with Natalie Adona of the Democracy Fund, we made a very similar point about trust and confidence in election officials. There, we showed that election officials enjoy a high level of public trust, nearly comparable to the Supreme Court (when we asked in 2008), and well above more “political” institutions like the executive branch and Congress.

We also warn, however, that (emphasis added):

“Election administrators enjoy higher levels of public trust when compared to officials in other public institutions. State and local election officials should continue to enjoy high public approval if they are viewed as nonpartisan experts.”

Whether you are a Democrat, Republican, or Independent … you should be concerned when the integrity of the election system gets caught up in a polarized political environment.

Carroll Doherty of the Pew Center recently argued that, while American support for democracy remains robust, there are some dark clouds on the horizon. If Americans believe that elections are being administered unfairly for partisan motives, these dark clouds can quickly turn into a downpour.

Thanks to Paul and Natalie for their recent study; in particular, Paul’s closing warning is worth heeding. Election officials and their decisions are in the spotlight now as much (or more) than they ever have been – and (in this #electiongeek’s humble opinion) it’s vital that election officials continue to be seen as a trusted, and trustworthy, community. Whether or not selection method has an impact (what I call “get the job [non]partisanship”), election administrators’ conduct of their jobs (or “do the job [non]partisanship”) is crucial to maintaining public confidence in the voting process.

I have faith that the election community is up to the task. The next two weeks will bring fierce partisan winds – but experience suggests election officials can (and will) batten the hatches and get the job done. Hang on tight – and stay tuned!